You know, when I first bought this web domain, I thought, “DO IT! BUY IT! And then you can write whenever you want and it’ll be amazing…” So, oops seems to be appropriate. I haven’t written anything since like August last year? Probably before I got married… so from August before Tattoo of the Black Angel, was out, lets bullet point what happened up until now:

-My best furry baby, love of my life, doggy soul-mate Molly dies in my arms at the tender age of 15 after having a stroke. I felt like my child had died- well it would if I were to have a child, which I’m not, so I guess unless you have had that special bond between that one animal, that’s how it feels when he/she dies. It’s like your heart has been ripped out by a blunt knife and it’s being stamped on whenever you see something that reminds you of said dog.

-We are in March and it is still taking all this time getting over her… let’s move on.

-September, cabin is up and Geraint and I have moved in. No electricity. For those of you who have a house, all I can say is, “How in the hell did you do it?” Fair point, I live in an area that has shite wage and stupidly expensive houses. Mortgae is out of the question and renting again is out of the questions. So, we made a 2 roomed log cabin down my parents garden. Thank god we don’t need planning permission.

-October, we finally get electricity, but no running water and no pot in which to piss. So all showers and toilet usages are being carried out at the parents house. WHEN WILL I EVER LEAVE!!! Also, I have started a new job. The previous one was so dire I had to leave and never return. Seriously, people are bitches in an all-girl environment. Anyway, new job! It’s amazing! Love the people, met an old school friend who I haven’t seen in a while (Hi Kirsty!!!)

-November, we finally have water! Still no toilet, but it’s nice being able to have a cup of tea, I admit 🙂

-December, we now have a toilet! Omg!!! Geraint put it in himself, well actually he stole his Porta-potti from his “Caravan of love” from Trellech in Wales (Google Trellech, amazing little village.) Christmas day I have off and the food I made, peasant, was yummo! I’m impressed with my cooking skills.

-January 2016, a new year! yey! Geraint actually manages to put in an actual toilet. Not stolen or anything. We have a bathroom, that’s sort of attached to the cabin and a basin will go in there, as well as a very low-pressure shower. Hey, anything helps the environment, right? Also, I have applied for an upgrade in my job and I got it. Extra pay, comfortable hours and people never thought I could go up in jobs. You know who you are (points a finger).

-February. Visiting of the in-laws for my husbands birthday and my new nephews birthday. Bathroom coming along slowly but surely. So is the kitchen. Thanks to IKEA we finally have one! Amazing!

And here we are end of March. March has been a slow progress of titivating the cabin. It looks much homely now and it’s warm- which is a BIG feature. I’m not a fan of the cold.

AND not to mention, since October, ish, I have been editing Mark of the Water Nymph, the second book in the Tattoo Trilogy. Holy cow! It took a while. The first 5 chapters are in the hands of editor number 1. It will be a while until I get it back. Originally I wanted to have the book out for June. But… not likely now. I’m thinking about August book release. Which would co-inside with last year’s release of Tattoo of the Black

Angel. I’ll have to mull things over. I feel more confident with this book now. Tattoo was self-published and it was my first-time self-publishing, so there’s still a few steps a long the way before I can finally get this down pat.

So really, this has been an update from my fruitless attempt at blogging about my very uneventful, bland life of a coordinator/author 🙂 I hope you have enjoyed my short rambling. I really don’t know how many people read this drivel, I think about two people? Anyway, below are some pics 🙂 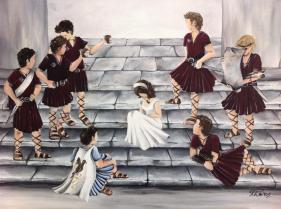 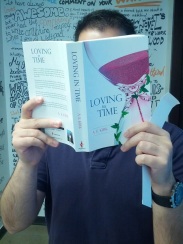 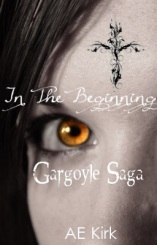 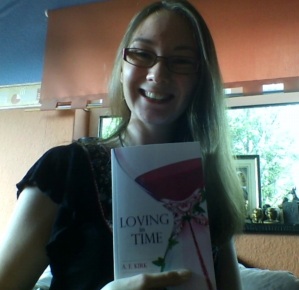 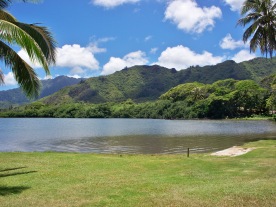 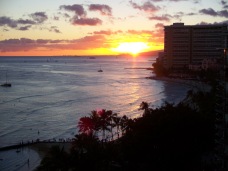